Be inspired. But more importantly, be educated.

Josie Thomson is a woman who absolutely walks her talk! She is living proof that circumstances do NOT control your life – you do. You will leave her presentations with real strategies for moving forward positively and powerfully.

Be inspired. But more importantly, be educated.

Josie Thomson is a woman who absolutely walks her talk! She is living proof that circumstances do NOT control your life – you do. You will leave her presentations with real strategies for moving forward positively and powerfully. 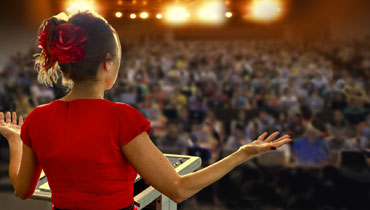 For true inspiration hire Josie for your next conference or event. See her showreel, and learn more about her topics. 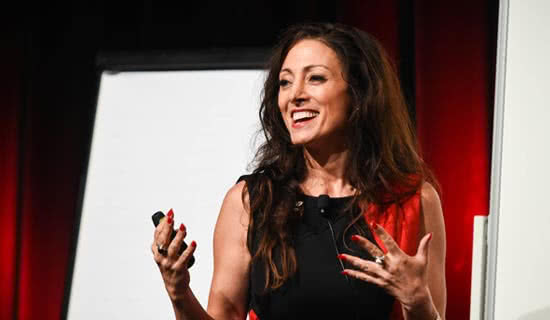 With a solid track record working in corporate, combined with her neuroscience studies, Josie's workshops are effective and efficient in delivering sustainable cultural behavioural change. 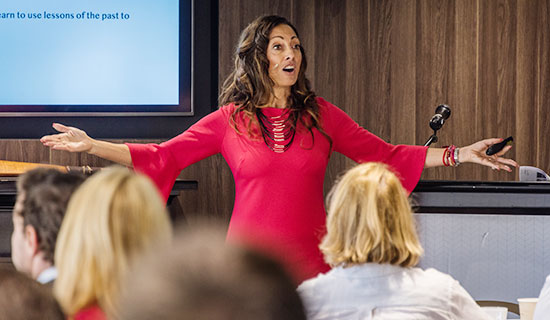 See a sample of Josie speaking on a range of different topics on TV and different stages with her showreel.

The wisdom and motivation that has inspired myself and staff this week at the national conference is phenomenal and it is all because of one person; Josie Thomson. Josie is an international speaker & presenter who has won multiple awards for her coaching. Now I know why. Immediately engaging the audience, Josie’s energy, positivity and pivotal advice can and should empower all. Audience members are encouraged to constantly take notes helping them remember what, how and why they will apply this new found knowledge in their life. I listen to and attend countless seminars, but Josie’s surpasses every single one. The positive reaction my staff has had both in their business and personal lives is evidence that this is the most outstanding seminar available. As a team, we all now think better and live better. No matter one’s position, there is always room for mental growth and Josie’s insightful outlook enables you to achieve this mind shift. It will change your life.

A stronger and wiser person than I was this morning

Thanks Josie. Just the reset that I needed in my life today. I’m leaving a stronger and wiser person than I was this morning.

A real difference to my life

Wonderful as always Josie. Knowing you helps me so much and makes a real difference to my life.

Fantastic session with Josie Thomson at the ‘Crossing Bridges in Coaching’ conference organised by ICF Queensland chapter. Inspiring, full of touching moments and motivation to follow our calling.

Tynan Mackenzie Pty Ltd is one of Australia’s premier professional financial planning and wealth management companies. Recently we brought together a number of our client service staff into one service team. These team members had been operating more or less independently, however the increasing size of our business meant that amalgamating teams of people to increase levels of service efficiency was inevitable.

Many of these people in the new group had never worked in a high-paced team environment before, and as a result many necessary team synergies did not gel. Our company was familiar with Josie Thomson’s work in other organisations, particularly in the realm of executive and management coaching. Due to Josie’s reputation and impressive references we sought her out to see whether she would be interested in working with our newly created team to identify and work on the gaps in the team dynamic.

Josie readily accepted the challenge and commenced her work with us by individually profiling all the staff and stakeholders involved. She was able to provide excellent support and advice to each person and made preparations for several successful workshops where the issues were revealed, explored and addressed. Josie uncovered some underlying tensions and anxieties amongst the team. She was able to apply her impressive coaching skills to both teach the team how to operate effectively and guide the team to achieving ownership of the direction and success of the team. They learned how to work in synergy and achieve more together.

Josie’s patience, skill and professionalism was borne out both in the measurable success of the team following their sessions with Josie and the very positive comments about Josie’s methods and abilities from both the team members and stakeholders alike. In my many years of managing groups of people I have no hesitation in stating that Josie Thomson is the most professional and skilled workplace coach that I have worked with. I have no hesitation recommending her services or engaging her again in the future.

Made a great impact!

“Thank you for a wonderful presentation today. The feedback we got at the break was amazing and you certainly made a great impact on everyone. What an inspiration you are.”

The QUT School of Management was privileged to have Josie as the keynote speaker at our Gala Showcase. The event was about ‘Connections’ and Josie made a huge impact on the audience with her story of challenge, resilience and openness. Her warmth and authenticity, and willingness to share showed the audience how connections are made and kept. I recommend Josie as a speaker who can help change people’s perspectives and look forward to working with her again.

Your session was THE most popular

I just wanted to thank you again for your generosity in sharing your knowledge at the Masterclass last week. Based on informal and formal feedback, everyone left inspired with lots of useful, evidence-based insights, which was our vision. And your session was THE most popular with a satisfaction rating of 92%.

Touched the minds and hearts

My heartfelt thanks go to you for your wonderful contribution to Happiness & Its Causes 2018. The conference was another great success with 1,500 people attending. Your presentation was a great addition to the program and was well received by our delegates. Thank you so much for all the effort you put into an event that touched the minds and hearts of so many people and provided insights and tools they could take back into their lives.

Josie is extremely inspirational. She really knows her stuff and clearly lives by her own teachings. I like that she is real about life not being perfect and everyone, including her, having struggles in life.

I HAVE HAD NOTHING BUT POSITIVE FEEDBACK FROM THE TEAM

Josie was absolutely magnificent at our recent Variety Queensland’s Strategy Conference. Words cannot do justice to just how powerful and engaging her message on Resilience was to our team. It certainly does determine as to who succeeds and fails and more importantly, why! Her practical demonstrations on our thought processes and as to how we can overcome the negative and fear processes were extremely enlightening and more importantly useful. I have had nothing but positive feedback from the team with comments such as “not only was it our best conference ever but Josie was our best ever speaker!” A huge heartfelt thank you!

Get my monthly newsletter where I share tips on staying resilient as a leader and in life, and special offers only for my email list.
Your information will *never* be shared or sold to a 3rd party.
Scroll To Top